Buddy Ratner (University of Washington, Seattle, USA) has given a presentation on the prospect of miniaturised haemodialysis for chronic kidney disease (CKD) patients at VEITHsymposium (15–19 November, New York City, USA). Beginning by assessing the recent history of haemodialysis, he reminded his audience of the advances made in the world of dialysis between 1958 and 1962, including the landmark development by Belding H Scribner and Wayne Quinton of their Teflon Quinton-Scribner shunt. “Sixty years have passed since these pioneering efforts,” Ratner said, but followed this by asking of the years since: “where’s the progress?” Kidney dialysis today, he added, is “quite similar to what we were doing in 1960.”

More than four million people are on dialysis across the world, Ratner was keen to note. He pointed to the environmental impact of this treatment, noting that it used 129 billion litres of water as well as 770 million kWh of electricity per year globally, all while producing two million miles of PVC tubing waste. The “expensive, inconvenient” practice of in-clinic dialysis, Ratner suggested, could be supplanted by a wearable artificial kidney which would also improve quality of life for patients inconvenienced by clinic-based dialysis.

To help pioneer such an invention, Ratner, in partnership with Jonathan Himmelfarb (University of Washington, Seattle, USA) founded the Seattle-based Center for Dialysis Innovation, which aims to improve the quality of dialysis treatments. Its solution to the problems Ratner diagnosed is the Ambulatory Kidney to Increase Vitality (AKTIV). Not only is it miniaturised and portable, Ratner said, but it is also “greener, cost-effective [and] patient-centred.” Its first-generation iteration is portable, fitting in a suitcase, while the second is envisioned to be wearable.

Developing a miniaturised haemodialysis device to facilitate these innovations means “rethink[ing] every component of the haemodialysis system,” Ratner claimed, from the nitty-gritty of the device itself, its “membranes” and “sensors,” to the “human” side of commercialisation. This has driven Ratner’s team to develop a novel solution to a major problem in developing the device: photo-oxidation of urea, dispensing with the need for a water hook-up and allowing dialysis using only 1-2 litres of water. This, they argue, allows for far more water-efficient haemodialysis through its light-sensitive dialysis regeneration module.

The AKTIV also boasts “much improved blood compatibility” due to its “zwitterionic coating or a unique fluoropolymer coating,” Ratner claimed. He also detailed CDI’s AKTIV Connection system, which allows for “painless, safe blood access” without needles or even touch, with “integrated skin healing.” This development, he said, helps further enable smooth home dialysis.

Ratner concluded by hailing the reduced costs that would come with a wide rollout of portable haemodialysis technology, while conceding that it remained a challenge to “get a university development to patients.” Nevertheless, he said, the inclusion of patients in the decision-making around AKTIV’s design and implementation would help it to fulfil the “promise” of kidney disease rehabilitation. Ratner proposed that early iterations of the AKTIV dialysis system might reach patients in 2025 or 2026 through a start-up company out of the University of Washington, Kuleana Technology, Inc.

Speaking later to Renal Interventions, he described how “one of the kidney patients on the Patient Advisory Board of the CDI said to us, ‘This is ridiculous. We need to find a better way.’ That is our mission at CDI – to re-imagine how we do haemodialysis, capitalizing upon 21st century technologies that were not available to our pioneers, Kolff, Scribner and Quinton. The CDI goal is to improve the lives and outcomes of patients on dialysis.” 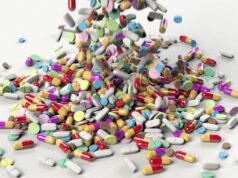